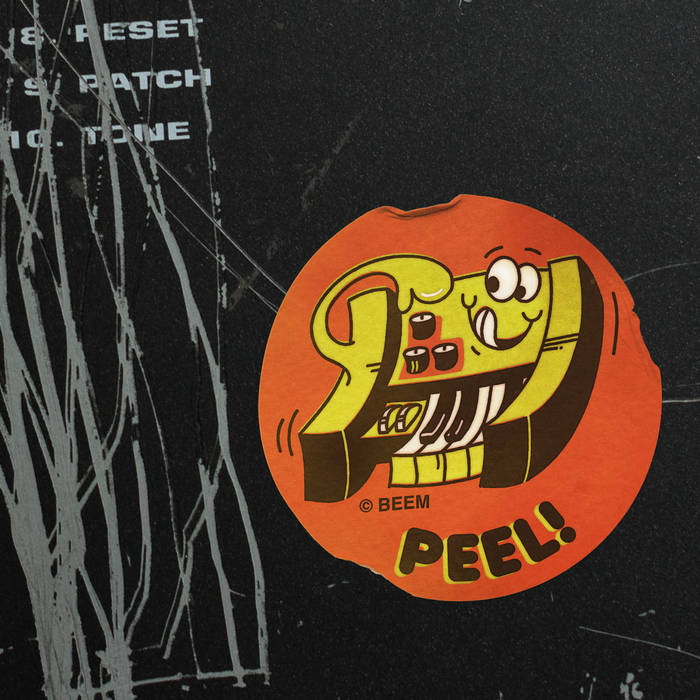 The3rdConstant One of the best Skweee albums ever made Favorite track: Manka.

Fredrik Mjelle’s album Peel sits as one of Beem’s most honored and well known releases currently to date. From the joyous reaches of the love soaked anthem “Color Separated” to the reflective state of “Happier Than The Morning Fog”, his music takes our thoughts to a place of favorable recognitions, self worth and illuminated optimism.

Ausland Schläge celebrates the re-release of his 2010 album with a limited edition high fidelity cassette tape along with a three piece sticker pack and a series of digitally printed soft white cotton t-shirts.

The music video was animated by Sam Rolfes of the Chicago based collective Join The Studio. Peder Stenberg's vocals remind us of 80's pop funk balanced with a suggestive psychedelic intuition. An accomplished pairing of sound design and video aesthetic, complimenting new, old, rough and smooth textures. A vector-punk, polychrome world of abnormal characters warping around like intoxicated marionettes. Blobs of digital clay, glowing vertices and rigged 3D forms exploring an uneasy surreality.

Partly recorded by Daniel Lynas at Wonderful Recording, SoHo NYC.
Vocals on Color Separated by Beem and Peder Stenberg of Deportees
Guitar on tracks 2, 3, 5, 6, 8 by Anders Stenberg of Deportees
Oscar on Crush and alt drums on Automan by Stickem
Originally mastered by Sofia at Stockholm Mastering
Tracks 10-13 mastered by Jeremy Highhouse
Sticker art by Andreas at Earth People